In 2005 ARK Nature started the “Letlands” project in Latvia. Funded by the Dutch National Postcode Lottery, the aim of this project (2005-2010) was to establish a network of natural grazing areas across the country.

The first areas were established in the west of Latvia around the Pape lake. During later years an additional 30 project areas were established throughout the country, all with herds of wild horses (Konik) and bovines (Highland, Latvian grey, and cross breeds). By the end of the project in 2010, 401 Koniks and 275 bovines were grazing in both privately owned and state-owned areas, ranging from 50 hectares up to > 5,000 hectares (Kemeri and Engure National Parks). All herds were (and still are) managed according to the standards of ARK Nature for wild grazers: animals living outside all year round, in social herds, without supplementary (winter) feeding. 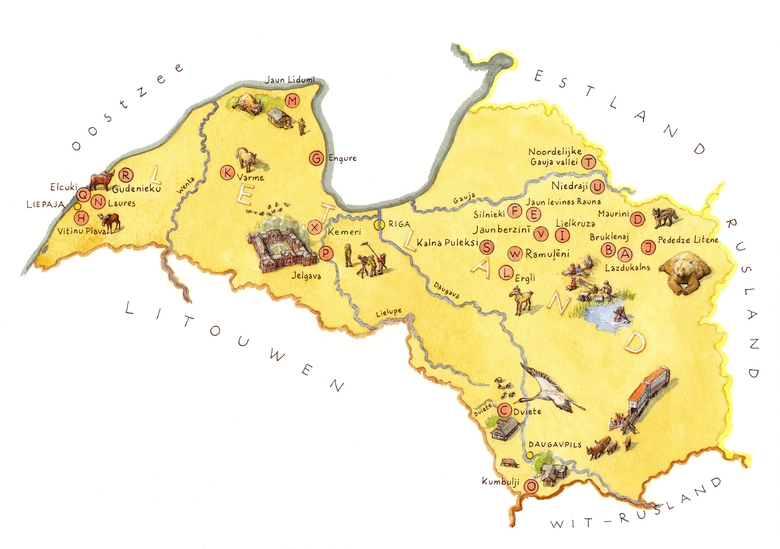 In 2010, together with the Latvian Dabas Fund (LDF), we secured funding from the EU-LIFE+ programme to continue our rewilding efforts in Latvia. This project (2010-2015) focused on the re-meandering of the Dviete river, in combination with natural grazing, to restore the habitat of the corncrake bird (Crex crex). Thanks to the Letlands project and Dviete project, Latvia now has thriving herds of wild grazers and successful rewilding areas. These projects have given our Latvian counterparts the necessary expertise to successfully continue this work on their own. 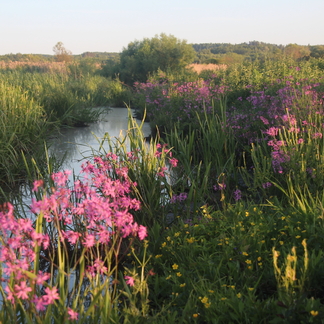